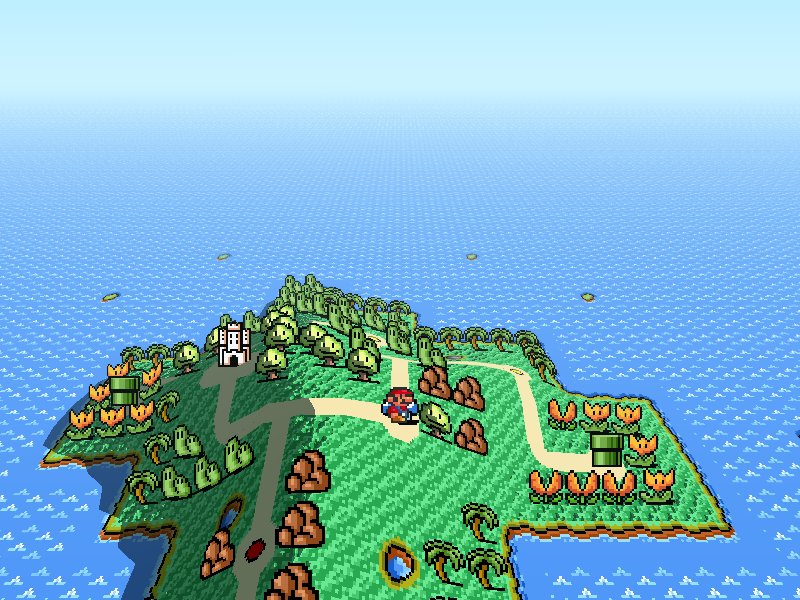 Last week marked the introduction of a long-awaited feature, which people on the team were hoping for ever since we got access to more NPC IDs. Namely: The same for background objects! Yes, in SMBX2b4 you will not only be able to resize and change the frame count of background objects at will, but also add as many as you like! Just like with NPCs we are reserving the range of IDs from 751 to 1000 for personal use, meaning that all 250 of these IDs can be used on a per-level or per-episode basis. That’s far more than the amount of BGOs currently in the game!

As you can see in the video above, we quickly started filling up some of the slots we got access to. In addition to the big topic of lineguides, made by Sambo, I have added the arrows from Mario Maker and Monty Moles as a new NPC, as well as their dirt as a BGO.

The new lineguide set comes with 22.5°, 45° and 67.5° slopes, small and big quarter circles and the usual horizontal and vertical straight line. And unlike with the old lineguide system, here NPCs aren’t going to fall off once they meet a sharp turn! Various NPCs come in three different speeds per default for extra variety and you can even attach non-standard IDs to lineguides with just a bit of lua (we will probably be able to remove the need for coding in the future).

Another thing showcased in the video is the breaking turn block, which is a breaking bridge in Beta 3. In Beta 3, this block didn’t account for its contents. However, with the new update you will be able to hide any NPC in it for a little surprise, or just a friendly set of coins.

The last thing worth mentioning are the red springboards which, after a recent overhaul, work well with a wide range of NPCs, both old and new! Ever wanted to make the player face a horde of bouncing goombas? When this update lands, you will be able to!

Okay I lied. There’s one more thing I want to touch on. It’s also noticable in the gif, but still work in progress: Progress has been made towards making effect.txt files a thing. More about this in a future post, though.

Apologies for the sparse amount of images this time. I hope the video made up for it. Before I sign off, here’s some breakfast: