Hey garners. While we chip away at bigger issues delaying the release of Beta 4 I’ve recently discovered that NPC IDs beyond 500 are being claimed. This doesn’t mean that all of them will be available next release, but it does mean that a doubling of the Beta 3 NPC count is closer than you might think! Over 100 NPCs have been completed and will be added to SMBX2 with Beta 4 at this point, and i figured I should show some more of them.

A new type of container

If you played SMW you will remember Mushrooms popping out of bushes on occasion. This “Hidden Mushroom” Sprite, as it’s referred to in Lunar Magic, was modified by me to serve as a container for any npc!

Sometimes we come up with AI that enemies could have which don’t fit any specific enemy from existing games, so we come up with new designs and these enemies are some of the more unique ones in the game so far:

These enemies are called Blerts. They reproduce within a small radius and die when the core is killed. Rockythechao came up with these in the context of wanting to design an enemy simulating Conway’s Game of Life, and the regular blerts you see here were created as an alternative. In the future, Golblerts simulating Conway’s game will be added.

Grafs are small bats by The0x539 whose AI is determined by a graph function. This gif showcases some basic graphs such as a sine wave, circle, tangent and an accelerating Graf. Their electric variant is called Van de Graf and is immune to regular jump attacks.

The SMB2 set of NPCs has been expanded with Snifits that fire while held and Trouters. Pansers are older but I haven’t given them the exposure they deserve yet.

That’s it for today! Hope you enjoy the news!

Hoeloe has eaten hER cereal THIS TIME. WHAT A LOSER. 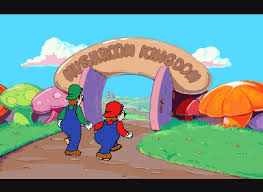