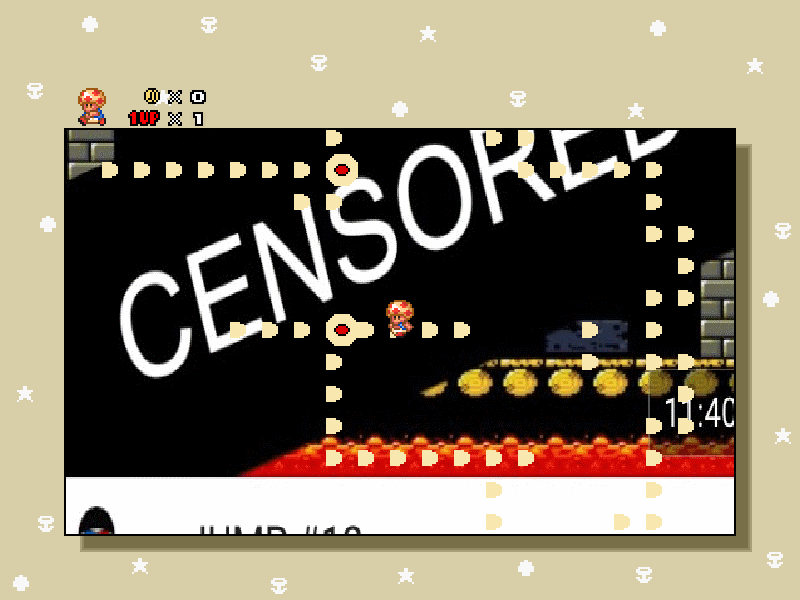 Before SMBX 2.0’s development spirals into a massive vortex of new NPCs and bug fixes I want to talk a bit about the world map and how recent events made accessing it through lua easier for everyone. Yes, even you, Jimmy!

While we don’t quite have access to things like new world map events yet, we rediscovered some undocumented classes while dusting off the shelves last week which have unfortunately been lost up there for a long time… Whoops.

You can play around with them in SMBX 2.0 Beta 3 right now, but make sure to get rid of the heaps of dust that have gathered on them first:

Tile, Scenery, Path and Music Classes for the overworld! “Wait instead of minigames you’ll just forget about your engine’s features?” you might be asking yourself right now. Kinda. Unintentionally. The point is: they’re here now and YOU CAN DO COOL STUFF!

How cool? Well, a simple example: You can resize ALL THE THINGS! MAKING PRE-RENDERED WORLD MAPS HAS NEVER BEEN THIS EASY! A peek into the future of world maps

While Beta 4 won’t bring many new things in terms of world maps to the table, it does add some small features such as checking the visibility of path and level items. We immediately put these features to use to bring to you travL.lua, an API designed to make the player automatically walk between levels and intersections:

And that’s our unexpected world map chapter which nobody saw coming and everyone on the team is excited about. I hope you’re also excited for the creative things that will be done with these (re)discoveries in the future! To give you an idea of something more creative that is possible with these classes: A fully three-dimensional world map.